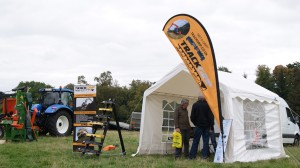 However as the market decreased due to chipping and biomass we disposed of the purpose built plant and started using Excavator mounted attachments for mulching.

One of the of the major problems with the equipment was stability and safety when operating on slopes and we spent some time looking at solutions to the situation including crudely mounted sections of angle iron attached to the tracks.

Coincidently, we came across a product designed and developed in New Zealand called Trackgrip which was ideal for the purpose.

The owner of the company, John Burling, explained that he had spent many years and made countless prototypes developing the Trackgrip product. 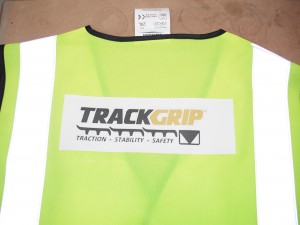 Particular attention has been put in to the fabrication and the grade of steel used in the assembly (Trackgrip New Zealand have the fastest Laser Cutter in the world).

After discussions with John we arranged to become the UK importer for the product.

Johns enthusiasm for the product was passed to us when we trialled Trackgrip on one of our Construction Companies excavators.

The stability on slopes was vastly improved allowing work to proceed in previously unworkable weather conditions and in otherwise inaccessible locations.

The ease of fitting and not requiring a mechanic with the Trackgrips being transferrable to another machine and greatly improving the working range of the equipment make them a great investment.